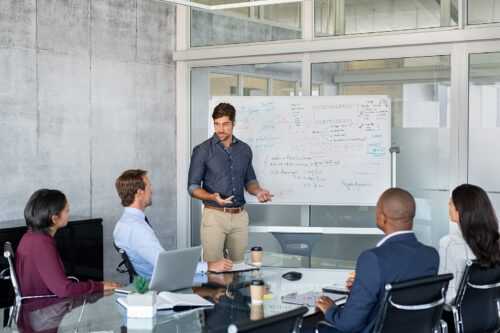 Home » Corporate Training Blog » What Are Three Risks to IT Managers' Jobs Related to Python?

What Are Three Risks to IT Managers’ Jobs Related to Python?

If you are an IT manager looking into using Python, you should realize there can be some significant disadvantages to using the world’s most popular programming language. Python is a general-purpose language so easy to use that it has experienced spectacular growth in users and interest in the past several years. Google Trends shows it is far surpassing the increases in use and market share for other languages like Java, C++, and C#.

Especially among college professors teaching computer science, Python has become the language of choice. Success on this scale means that most computer science students will graduate with considerable leanings toward using Python.

However, there are some problems with using this language when building applications. IT managers should know that for things like mobile computing, larger business designs, and gaming applications, Python can have significant issues compared to other widely used programming languages. Three of the main problems are highly inefficient memory consumption, primitive database access, and users’ difficulty using different languages. Let’s go over these three significant risks that come from IT managers using Python exclusively in their team’s software plans.

Python has a comparatively high memory consumption. So managers face memory usage problems. In comparison to Java, many IT directors have found Python is not as capable, and not always the best choice for memory-intensive tasks.

Due to the flexibility of its data typing, Python consumes a tremendous amount of memory. Additionally, if an object is out of scope, Python will automatically do garbage collection. With this feature, Python aims to eliminate much of the memory management complexity associated with languages like C and C++. However, for large, long-lasting systems developed using Python, good memory management can be tough to achieve. You can use several solutions to detect memory problems and solve memory leaks, including Pickle, Parquet, and Feather. One example is given here by Decision Forest in a YouTube demonstration video on reducing memory usage. He shows how to reduce the running time of a short Pandas data frame program from 32 to two seconds. However, these solutions may be limited in use, serving only a few projects and teams in only selected use cases.

The use of these small solutions likely won’t reduce the need for a faster, compiled language in a large, widely distributed installation. In the long run, you must decide based on your team’s particular needs. Now, depending on the cost of memory for your organization, this may or may not be relevant to you. However, suppose you’re developing a massive application that will be deployed and distributed. In that case, you can see that Python is not as competitive in terms of efficiency and speed as other popular technologies.

Python is a robust programming language that users describe as less stressful and more trouble-free than other languages. Great, but Python has some limitations. The Python database access component is somewhat less well-developed and considered weaker than JDBC or ODBC, popular database access systems in the other highly robust languages. Many large enterprises find it unsuitable, especially if they need to access legacy data. Other languages are much more competitive in this particular task. If you’re looking at database access for Python, it’s nowhere near as impressive in its database access layer as the other more popular technologies.

IT managers running projects are going to need to consider that in some areas. If you want your team to be competitive, they are going to have to use other languages. You’re going to need to have people who have the ability to use multiple languages, including Java, C++, and Swift, depending on what you are trying to accomplish. That is why in larger enterprises, if you’re seeking to advance your career by moving into a Fortune 500 company, you must consider that the team you will supervise will be using other languages besides Python.

As a supervisor, the ease of using Python can mean that you risk your people becoming reluctant to stretch themselves and learn to use Java, C#, or Swift. Difficulties will arise when your team is required to work with these other languages. You should remember this critical point because other languages can be faster or better than Python for your particular mission. Considering Python’s limitations, a manager may want to direct their team to use C++ or other more suitable languages.

Depending on whether you want to go into mobile development, where your team may have to use Swift, or develop graphics for game development where you will need visual components found in Java, you may want a more robust language. These other languages have more extensive libraries and frameworks for graphic user interfaces or GUI. There could be a problem if your team only knows Python. Changes and obstacles are always bringing IT managers anxiety, so if shifting the group into different languages that are more difficult than Python, you will have to be motivational and encouraging. Your managerial change management techniques will have to be influential as people can sometimes be reluctant to embrace the change, especially when that transformation is challenging.

As an IT manager, you should have definite techniques and skills to be able to encourage a team and maintain a team with a diverse set of skills. There is a reason that most companies have an assortment of staff who are competent and using the major competitive languages, especially if they’re working in mobile development, game computing, graphic interface, and significant database access. IT managers should always consider that it’s essential to keep up with a few other competitive languages. As the course of the firm shifts and the CEO decides on different avenues to profitability, you can be confident that your team will have the flexibility and be nimble and agile when it comes to making the turn from one language to another.

Skill Developers goes beyond satisfying your need for skill development, upskilling, and reskilling—we act as an extension of you, your team, your organization, your mission, and those you serve (internally and externally) to establish or enhance your training and learning & development outcomes.

Our approach and methodology honed over 20 years takes things off your desk, allowing you to focus on your job and letting us manage the learning & development strategies and tactics for your stakeholders.

By partnering with us, you can expect (a) Premier customer service, (b) Proactive thought leadership, (c) Training & Workforce Development Expertise, and (d) Measurable results.

Why is Python Training so critical to an organization?  It…