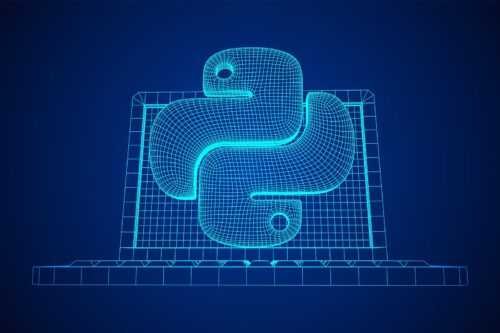 Home » Corporate Training Blog » Python 2 vs. 3: What are Some Current Changes to Python Programming?

Python 2 vs. 3: What are Some Current Changes to Python Programming?

Python 2 is grinding to a halt. As official support has ended, developers will have to use workarounds if they cannot move into Python 3. Although many companies still use Python 2, it is clear that Python 3 is the present and future of Python programming. Nonetheless, developers and software writers in academic, government, or scientific organizations may be resistant or unable to switch to Python 3 right away. These organizations should be able to continue to use Python 2 for some time. One exception to this resistance should be teachers.

All educators should choose to move their students into Python 3 since it contains many innovations that students will need to know to be considered competitive and informed software programmers. Most students will be seeking employment in corporations that are redesigning their software. No doubt Python 2 usage will continue. Indeed, 40% of the downloads for setups are still in Python 2.

It is worth noting that two well-known software support companies with Python 2 applications will continue to support it for a few years: Red Hat and Debian both have announced that support will continue for Python 2 through the year 2024. Nonetheless, as of 2020, official Python 2 support has ended. If you are stuck in Python 2 and cannot yet make the change check out PyPy (for enhanced speed) or Tauthon (a version of Python programming built to extend the life of Python 2). Find a way to switch to Python 3 if possible. If you’re at all concerned about security vulnerabilities, you will need to update to Python 3, as official security updates will be discontinued for Python 2.

In Python 3, changes and transitions will happen.

Python 3.7, released in 2018, contained improvements in many sections of Python, including:

Additionally, Python 3.7 became faster which lessened a significant fault frequently found with Python. These are important new features that you may use, or may never care about. But it’s nice to know they exist in case you encounter them in Python code in the future. You don’t want to be left feeling confused if you find some code that is entirely different than anything you’ve ever seen. Most importantly, Python 3.7 is faster.

Taking a look at Python 3.8, there were undoubtedly notable changes. One of the most meaningful developments was the introduction of assignment expressions, using that new notation called the walrus operator, because it looks like a walrus. Also included:

In the governance of the language itself, the inventor of Python, Guido van Rossum, announced he was retiring. A new Python Steering Council, which consists of five people, will be deciding Python Enhancement Proposals (PEPs) from now on. Python 3.8 added many new beneficial modules from asyncio to XML. These new additions mean definite improvements in the possible uses of the language. Official Python documentation can help you decide which helpful modules can strengthen your code.

3.9, which is the last version that will be backward compatible with Python 2.0, has also added many notable improvements, including:

If you are looking into Python training, the above features and others you will want to look into include dictionary merge and update operators.

If you want to go for Python programming certification be sure to keep up to date on what functionalities are deprecated and what features are newly added. One of the best new features of 3.9 is a new module zoneinfo.

Per time zone support and simpler updating of dictionaries and more flexible decorators and many others. Remember, the new version of Python 3.10 is well underway. Not yet widely implemented, but definitely on the horizon.

Python programming has some failings in mobile app development and game development compared to Kotlin or Java. If you’re determined to stick with Python, consider the following helpful products in these two categories:

KIVY – This open-source, free Python framework is cross-platform and made specifically for mobile app development.

Pygame is a free and open-source library made for game development. Even with these valuable additions, Python is not yet equal to Kotlin or Java, as it still has some issues in these two growing software development areas. Memory consumption and speed issues are still concerning. Especially if you’re working on a large project.

In this article, we have gone over the shift from Python 2 to Python 3 and the need to shift your code for the future. The many improvements brought by each iteration of Python 3 has been put on the table. The areas in which the language is still lacking and possible ways to bypass these problems were also discussed.

Overall, Python programming is an exciting language that has grown massively and is becoming the go-to language for many different types of applications. As the BDFL (Benevolent Dictator For Life) Guido Van Rossum is moving into full retirement, this old language is well poised to dominate the software development world for a long time to come.

Skill Developers goes beyond satisfying your need for skill development, upskilling, and reskilling—we act as an extension of you, your team, your organization, your mission, and those you serve (internally and externally) to establish or enhance your training and learning & development outcomes.

Our approach and methodology honed over 20 years takes things off your desk, allowing you to focus on your job and letting us manage the learning & development strategies and tactics for your stakeholders.

By partnering with us, you can expect (a) Premier customer service, (b) Proactive thought leadership, (c) Training & Workforce Development Expertise, and (d) Measurable results.

Why is Python Training so critical to an organization?  It…