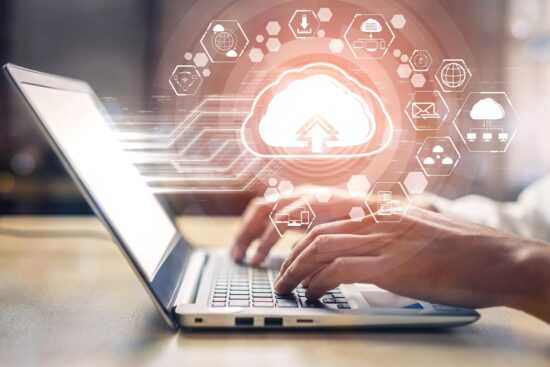 How Python Education Can Advance Your Career

One of the most widely used programming languages, Python education is currently exploding in popularity. Major companies that operate online or use software, like Google, Spotify, Dropbox, Instagram, and Facebook, rely on Python to develop their web presences. Python enables users to build functional, comprehensive, and dependable services. Its diverse usage, flexibility, and dynamism across industries make it a great choice for beginners and software professionals alike. Python education can make anyone looking to expand their skillset a more competitive candidate for a multitude of potential careers.

As mentioned, Python is a programming language. It consists of a range of features that make it useful for a multitude of purposes and can run on almost every system architecture, including Mac, Windows, and Linux.

The purpose of Python education is to make programming easier. It has multiple built-in testing frameworks that quickly deal with debugging and workflow. It is considered one of the most user-friendly coding programs available. Python is free and open-source, meaning anyone can update and add new features to it.

As illustrated by the Google Trends data in the chart below, Python is the most popular programming language worldwide.

Learning  any programming language is a great way to break into a career in web or software development. Python, however, is useful across industries. This is due to increasing reliance upon technology worldwide. Ability to create functional websites alone sets a job candidate apart. It reflects a desire to expand your skillset and adapt to the evolutions in technology that are making business faster and more efficient. Read on for more on the benefits of taking a course in Python.

Python is one of the easier languages to learn due to its resemblance to English. Its syntax has few rules. It is heavily focused on the code and what you want it to do. Python is an interpreted language, meaning that it does not need to be compiled to run. An interpreter can run Python code on any type of computer by itself. This means the user can quickly see the results if they need to modify the code. There are no particular words that can only be understood by programmers. Anyone can read Python, and its code is usually a lot shorter than that of other languages.

Python depends on indentation. This makes the code clear and easy to read. Many people who learn Python are able to create some basic things, like simple games, within a few days. This makes it an especially good choice for those who are newer to coding. Although it is a great language for beginners, it is not limited to basic use. It supports some of the most complex apps and websites worldwide.

A study conducted in 2014 by UC San Diego’s Philip Guo indicated that Python was, at that time, the most popular programming language for teaching introductory computer science. The study analyzed the top 39 American universities as ranked by U.S. News. The study shows that Python is being used to influence the first impressions of computer science for thousands of students. This is reflective of broader trends in computer science education. This extends beyond university settings into careers. Python has only grown in popularity since this study was conducted.

Python helps students to develop the mindset of an engineer. Adaptability, problem-solving, and creativity are emphasized in learning to code. Sharpening these skills is important for anyone, regardless of career.

Programming and coding are essential within just about every industry. Its versatility and range of uses make it a key tool in creating the systems, websites, and applications. It is used to help businesses streamline operations and compete in the modern world. Beyond this, it is used in scientific computing, academic research, data analysis, AI, mathematics, and machine learning. The many potential uses of Python make it the best language for those who may be unsure of which specific career they want to pursue. About 22% of Python developers obtain jobs with less than a year of coding experience.

While Python is used in many different careers, most Python careers have high average salaries. Python education is useful. There is a need for its capabilities in all sectors. As of 2020, the average salary of a Python engineer in the United States is $118,854. This number is steadily increasing. In 2019, it was $116,028. Other careers that commonly use Python and their average salaries include:

Python is the preferred choice for many developers. Business operates via the internet. Accordingly, innumerable businesses across industries need to adapt and evolve, which means working with people who understand IT and coding.

Python education will give you an edge as a job candidate that is highly desirable to employers looking to operate online or through apps. Websites written in Python have stable, faster code. Business owners need to be able to compete, and in order to do that, they need the fast, efficient, dynamic websites and software that Python programmers can deliver. Additionally, smartphone apps are exploding in popularity. Apps need to be well-built and strong, which is possible with Python.

The need for websites and software certainly is not going away any time soon. If you are interested in a career in IT or expanding your skillset, there are many programs that offer both in-person and online courses. Connecting with a learning program that works for your individual needs and schedule is a great way to jumpstart a new career and begin your journey towards becoming a competitive, 21st century job candidate.